Ginny Ruffner received a M.F.A. degree from the University of Georgia. Her flameworked and mixed-media sculpture and installations can be found in many major private and public collections, including 39 museums. The film titled 'A Not So Still Life: The Ginny Ruffner Story' premiered at the Seattle International Film Festival in June 2010, winning Best Documentary. Ruffner has received many awards, including the Libenskỳ Award, Pilchuck Glass School; Honorary Lifetime Achievement Award, Glass Art Society; Visual Artist Fellowship, National Endowment for the Arts.

Although Ruffner’s art is rooted in large-scale flame-worked glass sculpture, it incorporates paint, metal and other materials to tell a story. Ruffner’s goal is to create accessible art that moves the viewer beyond the initial beauty of the glass and into the world of a living piece of art.

'I find the description ‘glass-artist’ amusing. It implies you are an artist made of glass,' Ruffner says, jovially. 'And glass is only about twenty-five percent of what I do. My art is thinking.' 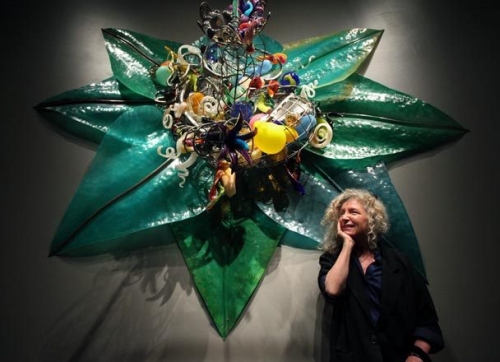 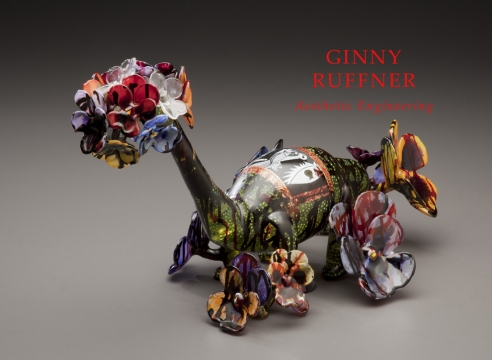