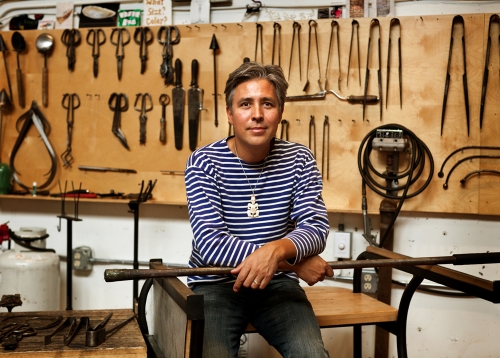 Singletary learned the art of glass blowing by working with artists in the Seattle area including Benjamin Moore and Dante Marioni. As a student and assistant, he initially focused on mastering the techniques of the European tradition. His work took him to Kosta Boda (Sweden) where he studied Scandinavian design and met his future wife. Throughout his 30+ years of glass blowing experience, he has also had opportunities to learn the secrets of the Venetian glass masters by working with Italian legends Lino Tagliapietra, Cecco Ongaro and Pino Signoretto. In 2010 he was awarded an honorary Doctor of Arts degree from the University of Puget Sound.

Singletary maintains an active schedule by teaching, lecturing and exhibiting internationally. In 2009, the Museum of Glass in Tacoma, WA, launched a major mid-career survey of his work, entitled Preston Singletary: Echoes, Fire, and Shadows. In 2018 he will launch a new traveling exhibition with the Museum of Glass, titled Raven and the Box of Daylight, which will push the boundaries of glass as a medium for storytelling.

When I began working with glass in 1982, I had no idea that I’d be so connected to the material in the way that I am. It was only when I began to experiment with using designs from my Tlingit cultural heritage that my work began to take on a new purpose and direction.

Over time, my skill with the material of glass and traditional form line design has strengthened and evolved, allowing me to explore more fully my own relationship to both my culture and chosen medium. This evolution, and subsequent commercial success, has positioned me as an influence on contemporary indigenous art.

Through teaching and collaborating in glass with other Native American, Maori, Hawaiian, and Australian Aboriginal artists, I’ve come to see that glass brings another dimension to indigenous art. The artistic perspective of indigenous people reflects a unique and vital visual language, which has connections to the ancient codes and symbols of the land, and this interaction has informed and inspired my own work.

My work with glass transforms the notion that Native artists are only best when traditional materials are used. It has helped advocate on the behalf of all indigenous people — affirming that we are still here — that that we are declaring who we are through our art in connection to our culture.

My work continues to evolve and connect my personal cultural perspective to current modern art movements, and I have received much attention for striving to keep the work fresh and relevant. I have been honored that my success has inspired other artists from underrepresented indigenous cultures to use glass and other non-traditional materials in their work, and hope that I can continue to encourage more innovation in this area as my career progresses. 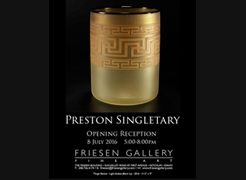 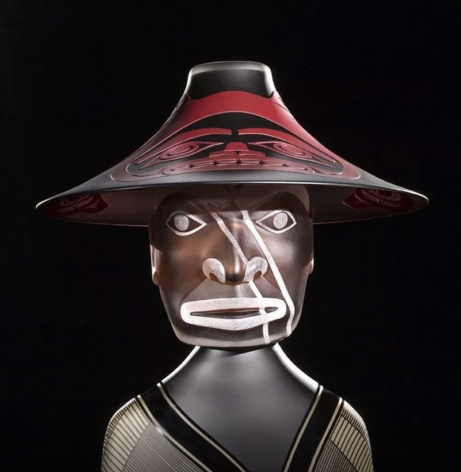 Raven and the Box of Daylight Tacoma Weekly NewsOctober 2018

Seattle based artist Preston Singletary is a master of his medium: glass. Descended from the Tlingit of Southwest Alaska, Singletary has made a name for himself by continuing the rich artistic traditions of the Native cultures of the Pacific Northwest by inventively working with ancient motifs and forms in the new medium of glass.

Through the years, Singletary has achieved stunning results. His latest show, “Raven and the Box of Daylight” – which opened at the Museum of Glass Oct. 3 – Singletary has taken things up a notch by transforming the museum... 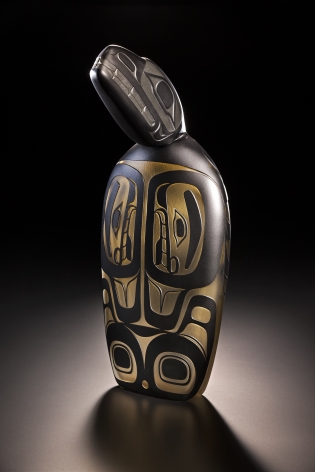 Preston Singletary is a glass sculpture artist who, through his skill, discipline, and craftsmanship, has seamlessly united glass sculpture with his Tlingit heritage. The resulting innovative and beautiful works have contributed greatly to the national and international indigenous arts scene. The cultural stories Preston has integrated into his artwork and shared through exhibitions, gallery shows, demonstrations, teaching, community service, and donations of work, have inspired other indigenous artists to tell their own cultural stories through art... 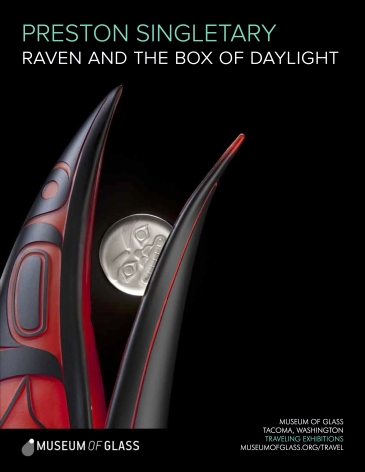 Raven and the Box of Daylight is the Tlingit story of Raven and his transformation of the world—bringing light to people via the stars, moon, and sun. The exhibition, which features a dynamic combination of artwork, story-telling, and encounter, takes visitors on an experiential journey with Raven, and the transformation of darkness into light. Artworks by Preston Singletary, inspired by the creation myth and Tlingit art, are enhanced by exhibition text and audiovisual experiences. . . 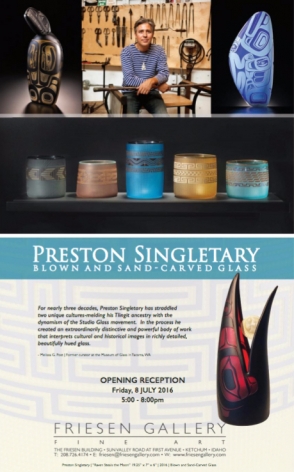 'For nearly three decades, Preston Singletary has straddled two unique cultures, melding his Tlingit ancestry with the dynamism of the Studio Glass movement. In the process he created an extraordinarily distinctive and powerful body of work that interprets cultural and historical images in richly detailed, beautifully hued glass.' — Melissa G. Post, Former Curator at the Museum of Glass (Tacoma, WA)