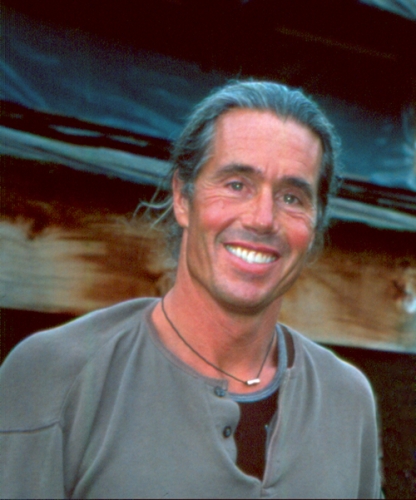 William Morris is considered to be a revolutionary and provocative artist as well as a master glassblower, whose work goes beyond mere craftsmanship to touch the souls and primal consciousness of its viewers.

William Morris is considered among the elite glass artists in the world. His technical mastery of such a fragile, difficult medium invokes immediate respect. His use of color and design on his sculptures, not to mention the subject matter itself, also are reasons for the artist's international renown. His work is strongly influenced by an interest in archeology and ancient pagan cultures and addresses the timeless relationship between humans and their environment.

Morris was born in Carmel, California in 1957 with an almost instant passion for nature. From early childhood he became fascinated with the Native American Burial Grounds around his home in California and has been captivated by archaeology, animals and art ever since.

In 1978, Morris arrived at the Pilchuck Glass School and found work initially as a driver. Later, he began to work with Dale Chihuly, the founder of the school, and eventually became his chief gaffer in the 1980s. Morris remained with Chihuly for about 10 years before deciding to form his own studio and develop his own artistic style of glass blowing. Morris has developed a series of individual techniques which allow him to give his glass pieces the appearance of bone, ceramic, wood, stone and even leather.

For more than twenty-five years, in a career that brought him to the forefront of the modern Studio Glass movement, Morris perfected a repertoire of techniques that virtually no other American glass artist can equal. Morris retired in 2007. 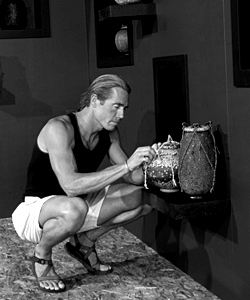 Glassblowing is an animal unto itself. It requires skill, knowledge, physical strength and respect.

I believe that there is no such thing as a creative thought. I believe that creativity is an intuitive impulse and something that we all feel. It has no opposite; it doesn’t have a polarity. It exists very much as love does. It is quite bountiful, it is ever-present, and we all carry it. I don’t think any one person is more creative than another.

My work is about the symbolic meaning which is attributed to objects and/or artifacts from various cultures. Ordinary objects, such as bone, take on great cultural and spiritual significance, reflecting the values and beliefs of tribal man. Although my work is shaped by the influences of contemporary life and technology, it contemplates fragments from the past; reinventing the narrative of the hunt, stories and rituals which continue to live on in the artifacts which remain.

It is of utmost importance to have a gallery’s support and enthusiasm when an artist makes a shift in his style and direction. Friesen Gallery has been unparalleled in the decades we have been working together, and for that my respect and appreciation are immense. 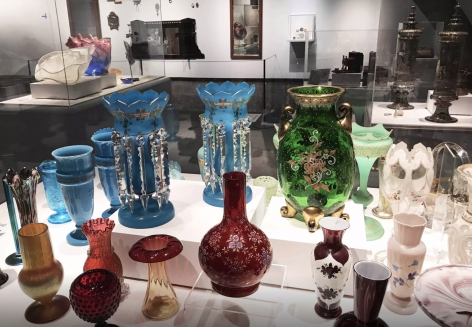 Washington is recognized around the world for its colorful art glass. Tens of thousands of people visit our state every year to see the work of artists such as Dale Chihuly, Sonja Blomdahl, William Morris, Ginny Ruffner, Preston Singletary and so many others, featured in museums, galleries and other public and private spaces throughout the region... 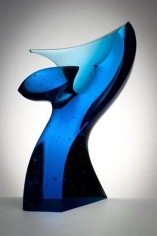 Is that glass? No way. That was our immediate response to the sculpture in front of us: a beautiful vessel, deeply colored and textured. It looked like a gourd, or perhaps a finely carved wood sculpture, maybe something ancient, discovered during an archeological dig. It was glass, created by William Morris, an internationally renowned artist, known for his innovative and experimental techniques... 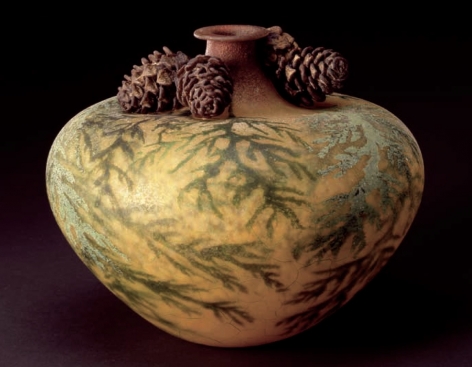 For more than 25 years, William Morris spent his time in front of the fire, as a pioneer of the glassblowing movement, founding his own studio after working with legend Dale Chihuly. His work is found in museums around the world, from the Hokkaido Museum of Modern Art in Japan to the Musée des Arts Décoratifs in Paris. He’s considered by many to be one of the best American glass artists, yet in 2007... 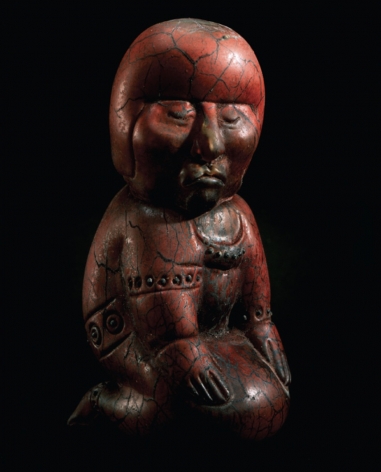 To experience a work of art by William Morris goes well beyond the visual. Provocative, mythical, powerful, elegant, luminous . . . the list of adjectives describing Morris’ singular combination of color and suabject matter references nature, culture, archeology, sociology and more. The rich, luminous colors emanate a sense of belonging to another place and time while retaining a truly modern sensibility. Vessels and jars are reminiscent of ancient peoples and cultures from across time and around the globe...